Last night's Mass Innovation Night, Foodie Edition, was jam-packed. The Cordon Bleu College of Culinary Arts Boston hosted us along with the Consulate General of Canada in Boston. Big big big thanks to both of them. The folks at Le Cordon Bleu know how to put on a food event, with wine, fancy hors d'oeuvres, and a chocolate fountain.
There was so much to see and taste! The vegan dumplings from Asulia were generating a lot of buzz, as were Choffy, Boston Brewin, and Dot Ale.

Asulia makes all natural, handcrafted foods in Boston. Their newest product line is fusion vegan dumplings: Chickpea, Kale, and Taro Root. The kale dumplings were especially delicious. Chatting with them, I learned of their commitment to social responsibility. Not only are they big veggie advocates, but they are also interested in helping lift girls out of poverty all over the world. They donate a percentage of their profits to Room to Read. And not only that, their packaging is printed using wind power. I hope my local Whole Foods carries Asulia dumplings soon.

Boston Brewin what can I say? Tom and Danny take social enterprise to a new level. Starting out with a love of Boston and for creating change, Boston Brewin serves 100% organic, fairly-traded coffee and local food including Haley House pastries, and they pay every one of their team members a living wage.  Boston Brewin announced their new Pay It 4Ward business model, a radically new vision of building a coffee community, modeling the best of crowd funding, social enterprise and small business. Danny was by far the best presenter. He nailed it.

Choffy is brewed chocolate. Yes, brewed chocolate. Their table was by far the most popular, edging out even the dumplings. People were lined up 3 deep to taste Choffy.  It tastes so great that I bought some to brew at home. Simply described it's premium cacão (cocoa) beans, roasted and ground: no sugar, no dairy, no chemicals, just cocoa. It's richer and more flavorful than hot chocolate, brews just like coffee, and gives you a lift without the buzz (and subsequent crash). We've all heard that chocolate is good for you, and this is the perfect way to get that benefit. It tastes awesome!
Foodicine may be the first TV show to pitch at a Mass Innovation Nights event.  It sounds like a great idea. Basically it will be at “food-makeover” show that focuses on healthy eating for people who require special diets. Who wouldn't want help from celebrity chefs and world class doctors when learning to live with diagnoses that require special diets?
The folks from Percival Beer Company greeted people in the lobby with a chance to enter to win some of their Dot Ale 1630.  They're a craft brewer that develops and self-distributes beers that celebrate the diversity of Dorchester. I know nothing about beer, so all I can say is that they were definitely getting some attention.
Also in the lobby, I had a great talk with Cristiano from Food.Stories.Travel. I was attracted by his display of root vegetables. Food.Stories.Travel is a small  tour operator organizing travels to learn the stories behind local food makers and tasting and supporting their work. I'll certainly call him when I get some time to do an agricultural tour of Italy. Meanwhile, I think I need to get the Essex National Heritage Area folks to look into this kind of tourism for our Essex County farms. (Hm, I feel a blog post coming on come spring.)

Speaking of local farms and food producers, the good folks at Something GUD have developed a network of local food producers (farms, fishermen, bakers, etc) and a platform that allows you to buy online and have fresh local foods delivered to your home, sort of a digital farmer's market. They deliver to the Boston area and the North Shore and don't charge delivery fees.  They know the farmers, the fishermen, the fish, the cows... order a steak from them and they can tell you the name of the cow.  I recognized a lot of the farms they work with, but was surprised that they didn't know about Appleton Farms cheeses and Ingaldsby's honey (where you can see the bees that are making your honey and the crops they're pollinating). (I definitely feel an Essex County farming post coming on.)
The innovative spelling of good, the cool t-shirt, and the trendy beanie hat earned Something GUD the award for Best Costume of MINFoodie6.

DOOS P.K. calls his sauces  "The Caviar Of Vegan Treats!" We're definitely talking innovation in condiments here. It's a multipurpose flavor-enhancing dip, sweet and spicy and full of fruit and vegetable goodness.He's also got a great origin story.

When not running Mass Innovation Nights, Bobbie C moonlights as a model for MIN alum, re:covers, fashionable covers for casts and walking boots. If you have to suffer a broken leg, you might as well be stylin' while you recover.

The Experts Corner was busy as usual. Rachel was being very expert and Scott was taking it all in so they're both "Experts Looking Expert." 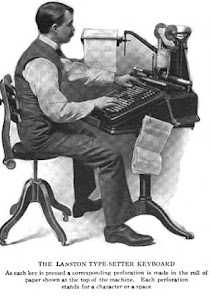 Janet Egan
North Andover, Massachusetts, United States
Technical writing is my vocation. Birding is my avocation. Both are my passions.